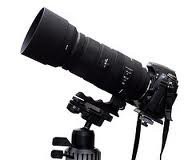 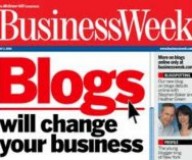 Posted by Noni McCarthy on Monday, 30 September 2013 in Equestrian 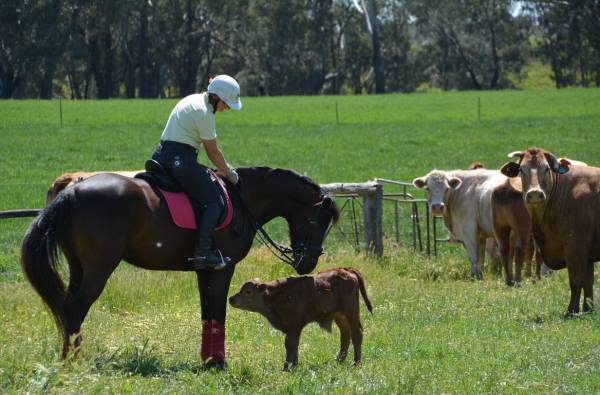 It’s been a long time since I have posted an update on our progress towards Prix St George, because nothing much has happened.  Just one of those things that happens when you change jobs, kids hit HSC and it forgets to rain- horses become very much an also ran on the list of priorities.

I was becoming quite despondent about how the princess was going, and felt she was always just holding something back on me and sometimes sore under the saddle on one side. Not unsound or lame, just not giving me everything she had.  Saddle was refitted and restuffed and no real progress. So I finally bit the bullet and organised the vet and the Farrier in tandem as I felt it was coming from the back end somewhere.  Flexion texting and x rays revealed a tiny spur on one hock, and a little bit of degradation in the other, but to show the complexity of the whole situation, tenderness in the suspensory ligament diagonally opposite the spur !!! Yay !!! At least now I know what I am trying to deal with.

I have a great vet when it comes to treating legs on horses and he has his own methods of treating them, and he worked wonders with our pony a few years ago, so I let him do what he needed…and he gave the farrier instructions how and when he wanted the princess shod, and presto, 2 weeks later I have my free moving princess back again. He has also recommended a new product onto the Australian market that I am going to try and I will keep you posted how we go. Apparently there is quite a deal of “ correct” research and comparisons as well as anecdotal support for this product. He doesn’t tend to recommend commercially available products very often so I’m going to give it a go.

I think it will take a little time for her to redevelop the confidence to truly push again in the extensions but I feel so much better about what is going on.

I travelled to a competition in Blayney this past weekend, with the dream of picking up one of the 60’s I need to move on to PSG, but fairly realistic that it wasn’t going to happen riding a princess that had not been out  and only had one lesson since March. Combine that with a campdrafting session on Wednesday, it was always going to be interesting.

She can be a really high stress animal when it comes to travelling, and I woke up Friday morning ready to puke from nerves!  I think I loaded the wrong horse on the float though… straight on after only 2 minutes of “do I really have to “. It has taken me a while, but we have this little routine that goes like this..

2 days before a competition I drag the float out and we load and unload 4 or 5 times fully rugged. That way, if she resists and I have to start the lunging in small circles, she gets hot and tired before I do. It didn’t take any lunging this week. I just stood on the tailgate with her, just behind her shoulders and she got one flick on the bum with the end of the lead and up she went. I’ve found the secret though is to let her stand on the tailgate for at least 2-3 minutes before I put any pressure on her.

On the day of travel I tie her to the float for 15-20 minutes while I unrug, finish packing, tail bandage and float bandages. So she knows we are going somewhere, but she’s had time to get her mind used to the idea before she is really confronted with it.

So off we toddle to Blayney, 3 hours from start to finish. Off the float while trotters are working, and she didn’t care. Walked up to them for a chat no worries. Lovely to ride at the grounds, in fact all round  Mrs Nice Guy. Chilled out, eating and not looking…UNTIL I but her in a yard by herself.

She hasn’t been stabled all winter, and this was the one piece of the plan I overlooked. She walked the stable all night and hardly ate anything and did not drink at all.  So she did a grass lap first up on Saturday morning and did eat a heap, but still would not stand in the yard at all, even when I tied her up. So I dragged her out, and tied her to the float, where she stood all day in the sun, eating her hay and drinking, happy as a pig in mud.

I judged a few horses at the start of the day, and then had an hour from when I finished to when I had to enter the arena…so she spend that time saddled, ready to go and I judged in full riding attire--- very cute.

One of my riders was 5 minutes late for her test which went down exceptionally well. Please riders….the time on the draw is the time you are supposed to be heading down the centre line, not the time you head over toward the gear check, or decide to read through your test one more time. If the arena  is running late for any reason, please make sure you are close by and ready to go as soon as the horse before you heads up the centre line for their final halt.

I was third to go in my class, and we were all there warming up and the last horse in the event before us was about to enter when a horse behind me spooks, bolts, shies or pigroots and loses its older rider in quite a nasty fall. Ambulance, helicopter, police with lights and sirens, ambulance operational control. We had 15 minutes notice that the chopper was coming, so most riders put float boots on their horses for leg protection. Most moved as far away as possible and held their horses, one rider with a couple of young horses put them back on the float and took them to the far side of the grounds until the chopper left. I tied Flora up solid in her stable and stood near her but not close enough that she could  get me if she was to be silly. She could still see all of what was going on. About now I decided I loved the boys and their motorbikes and the fire truck.

Of all the horses there, only one was silly and lost a bit of bark, the rest all just accepted what was going on.

Not a great start to our warmup, but a worse start for the poor lady. Luckily only 4 broken ribs, but at 70 its going to be a long road back for her.

So the 5A, it rode OK. Not flash, but OK, for a 58%. Bugger not to get the 60, but all in all, I was really happy with her headspace and the lack of tension. I left marks on the table for lack of bend in some of the lateral work, and not true clear extension/collection transitions and very modest extensions. But no mistakes, no resistance and 3 from 4 changes clean.

A bit over it by the time the 5B rolled around late afternoon, and after already warming up twice for the day, the third warm up was always going to be a challenge. We were both over it, and the suppleness and obedience that was there in the morning had a little holiday. 55.?% was the score, and about what we deserved !

Did I mention the fact that all this excitement occurred with a 30 km per hour wind for the entire day with gusts up to about 70 ? and a top temperature of 25 degrees. And here’s another useless piece of information for you, 3 of the 4 horses in the Advanced classes are used for stockwork, 2 of them weekly. In the Medium class, 2 from 8.

Sunday was a pretty uneventful day by comparison. I was ready to go home after breakfast and it showed. I rode one of the most sloppy and uninspired tests I have ever ridden and I thoroughly deserved the 56% that I scored. An error of course on the second movement for crying out loud !

I decided that was truly appalling and I couldn’t leave on that note. One thing about  CWDG competitions, there is always a friendly face who will lend a hand. I managed to sweet talk someone I knew a little into warming me up for the 4B. I knew she would be a pretty fierce task master, and also knew I deserved a beating around the head…. I got it.

I have never worked so hard in a warmup or a test, but guess what, I’ve never had a 60 in a Medium test before either !! And that’s after another error of course. One judge even gave me a 62, but I think he was just being nice.

So all in all, it was a nice weekend. I’ve got a lot to work on in terms of my motivation, and I need someone to flog me in a warmup.. Bring on next weekend, our Championships here in Dubbo and see if we can continue the roll and get a little closer to the elusive 60 at Advanced level.